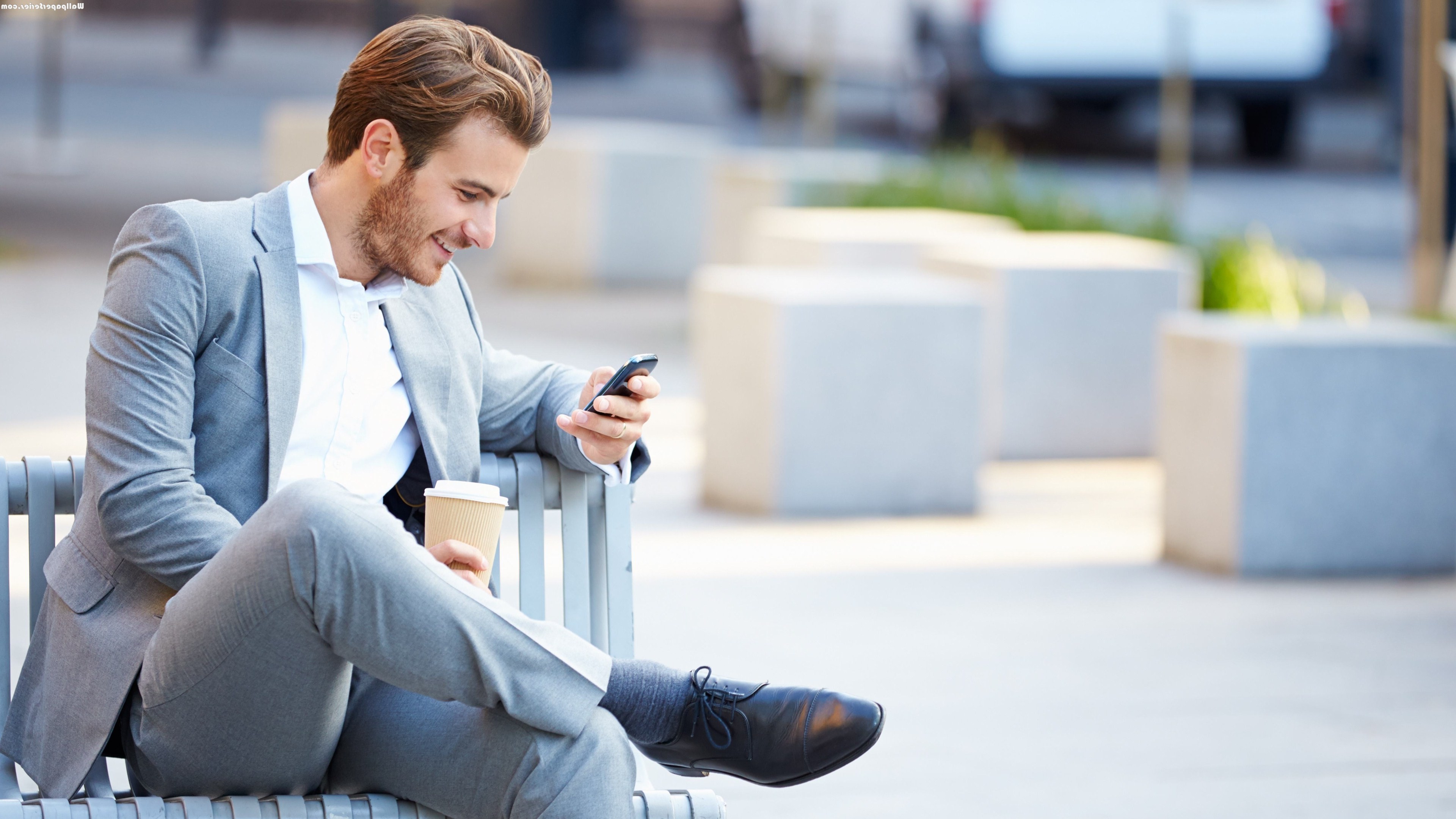 What to Text a Guy to Make Him Smile

If you’re thinking to yourself “How can I make him smile?” with my texts then you have the right idea. You should never use texting gratuitously or as a “Hey how are you” introduction. Think of a text message as a campaign you manage to get a positive emotional response from him. If you can get a smile or even a laugh then you’re doing great and he is starting to associate you with good feelings—no negativity.

The question is, what do you say to a guy to make him smile…especially if you’re all out of ideas? (And unfortunately, “I think you’re cute” doesn’t work!)

Not to worry…we have eight different ideas on what to say to a guy to make him smile—with a few example texts that can’t lose!

1. Let’s do something naughty—tee hee!

What better way to make a man smile than suggesting you do something…naughty, you know, like sneaking away from work to go get coffee or play hooky and go watch a movie instead of that big meeting. No need to make this sexual…just suggesting that the two of you do something bad but fun will fill his head with ideas.

Example: “Let’s sneak away for pizza this afternoon!” or “Let’s just call in sick tomorrow and go to the beach.”

2. You visited me in my dreams…

Every guy wants to hear this one and it’s an oldie but goody. You don’t actually have to say it was a hot dream—just the idea that your subconscious was thinking about him in ANY way will be a huge ego boost. Men want women to think about them and the more confusing the dream the better. That way, they can analyze it and talk things over. Dreams are involuntary so it really tells him how your feelings for him are slowly changing.

Example: “I had a weird dream about you last night. You and I were at the fair and then you leaned closer and whispered…[random]. What do you think that means?”

3. I can’t stop thinking about you…even though I’m trying.

This is the message you’re conveying with those texts that seemingly contradict one another. And this is precisely what guys want. They want to think that their magnetism is attracting you…but that you’re resisting. In other words, you’re not chasing them but are running away, to let them do the chasing. You sense that there’s a problem with a relationship so you’re resisting…the only problem is, he’s much too charming and handsome to ignore.

For example: “I smile like an idiot when I start talking to you!” or “You made me laugh so hard I embarrassed myself at work. I really need to cool it now.”

4. I like you…you cheer me up even on bad days.

Men love the idea of being your sunshine in the world. They are naturally providers and fix-it experts. So if you give them credit for cheering you up on a bad work day (or family day) they will get excited about it. For an even better reward, tell them about something specific that they did which cheered you up—this shows appreciation for the little things.

For example: “Thanks for cheering me up on a rainy day!” or “You always know how to make me laugh (or think), even when I’m totally out of it!”

5. Confusion is good…confusion means you’re falling under his spell!

When you both start to feel something more than just casual attraction, that’s when you should tell him how you feel. But don’t say anything about love…instead, tell him that you don’t know what it is you feel, but that you feel it strongly. You’re attracted to him and are not quite sure what to do about that. You basically give him control to escalate the situation, telling him how powerful his words are in the relationship.

Now it’s a different kind of smile…the smile he gets when he knows he’s winning you over.

For example: “I feel something really strong for you…but in a way I can’t explain.” Or “Sometimes you make me crazy, you brat!”

Always a teaser and it works because it’s vague. He likes the mystery and the setup. Is tonight the night you finally kiss or is it a surprise gift? He likes the anticipation of this special date and will show up all smiles.

For example: “I have a feeling that tonight is going to be really special.” Or “You’ll never believe what’s going to happen!”

7. After a new milestone…confirm his masculinity.

After your intimacy level increases, give him some credit. Not just for pleasing you, but for being an attractive men who could please anybody. Men love to have their ego flattered…especially for something they do.

For example: “Good morning, handsome.” Or “You were such an amazing kisser.” Or “You looked really good in those jeans.”

8. Send him a happy little threat.

What better way to magnetically draw him back to you than by issuing a fun kind of threat, buttering up his ego? Complimenting his skills, his charm, or his good looks by way of promising him something – If you keep doing this, I will have to do this! – is a great way to get him laughing and craving more.

For example: “If you kiss me like that again, I won’t be responsible for what I do.” Or “If you’re that amazing in bed again, you just might spoil me!”

The best text messages are all about giving him the gift of an emotional experience. Keep it positive. Flatter him in subtle ways. Let him learn that when you text him, only good and exciting things follow. You’re the opposite of boring, the opposite of drama. You’re a fun date in person and online!

40 Flirty Text Messages That Make Him Want You

I would like to send you something very personal…

Text messages will cause any man to chase you and desire you...

After coaching in the dating industry for over 13 years and helping thousands of women get into loving relationships... Where her man cherishes her, is in love with her, and gives her everything from him...

If you want a man to love you, crave you, and think about you night and day, you can do all of this with simple little text messages.